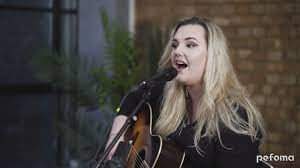 Charlotte Young is a Birmingham based, Country singer who writes all of her own material. Using traditional influence with modern production Charlotte creates her own punchy and powerful sound.

Charlotte has had great success this year with her single Whiplash hitting number one on Itunes in the country chart and also number one with her debut EP Blown Away.

Having had international radio play and critical acclaim, Charlotte is making serious waves in the British country scene.